The V and B Concept

In 1998, Jean-Pierre Derouet and Emmanuel Bouvet were neighbours. Jean-Pierre had a wine cellar. Emannuel had a beer bar. From neighbours they became friends and had the idea of bringing together their products and selling them together under the same roof. The wall came down, the two shops united and V and B was formed, Vin et Bière- Wine and Beer.
V and B, to put it simply, is about having fun - either at the bar, or to take away from the shop. It’s getting together after work for a drink with friends or colleagues. It’s discovering new things, thanks to the expert advice of our amazing team. It’s also letting your hair down, with special events held throughout the year (concerts, sports matches, themed nights…) 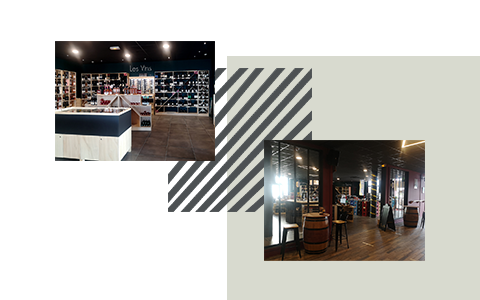 More than a location !

V and B is more than a shop and bar, it’s a concept. A friendly and inviting shop, 350 beers, 300 wines, 200 whiskies and 100 rums from around the world… but above all it’s about bringing together different groups and generations, sharing a unique experience, with quality products to taste, discover, give away or enjoy. 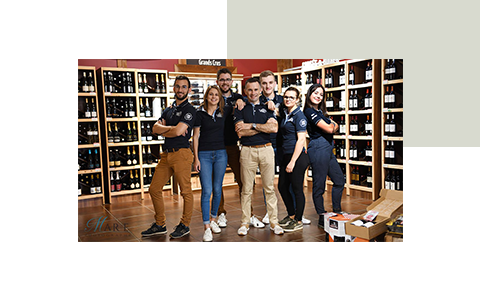 “VandBiste” (noun) Neologism designating a member of a community dedicated to conviviality. Aware that conviviality cannot be decreed unilaterally, he or she strives to create the right conditions for it to flourish in any place or context as a true epicurean. Friendly and accessible, our super team will always advise the best product to suit your tastes and needs. True experts in listening, customer service and flashy smiles, you can always count on their expertise and accessibility. 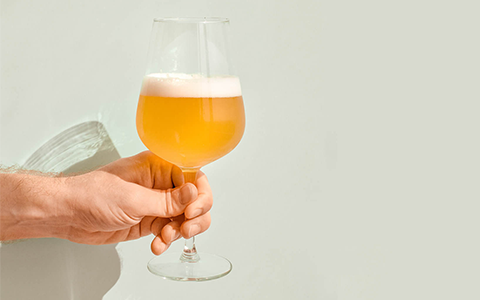 A good bottle is subjective. The French have a saying:: "Taste and colour are not debatable". To meet the requirements of our customers, we offer a wide choice of wines, beers and spirits, whether you’re looking for your classic favourite, or to discover something new. From traditional Bordeaux vintages to the finest Japanese whisky, to the latest Norwegian craft beer, we are sure you will be able to delight your palate and your taste buds. 350 beers, 350 wines, 200 spirits... The hardest part will be choosing ! 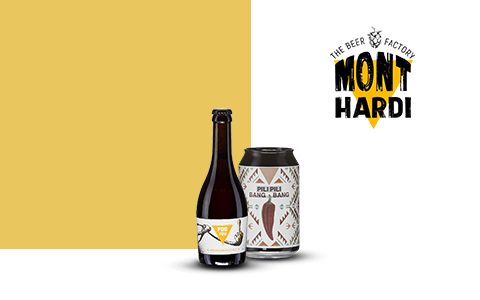 Created in 2019, the Mayenne based ‘Mont Hardi’ brewery aims to brew quirky beers, filled with personality. The brewery offers beers that will please everyone’s palate, whilst respecting its core values: quality beer and respect for the environment. The beers are unfiltered and unpasteurized, to ensure authenticity.
Come and try our ‘Fog You’, a round and powerful American Pale Ale, or why not try our ‘Bête-raves Sauvages’ - an organic session beer brewed with beetroot, or there is always the ‘Callista’, a double dry hopped IPA.
find out more 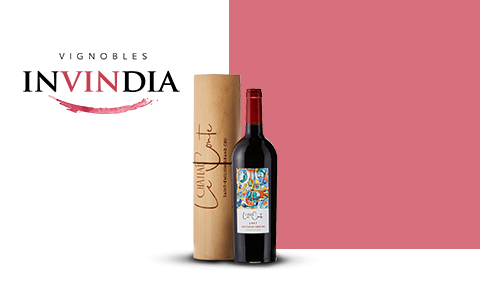 Invindia Vineyards are made up of seven Bordelais domains, and two men : Jean-Pierre Derouet and Hugues Laborde, who share a common desire - to bring you the very best that the Bordeaux region has to offer. With their contemporary wines, which are produced using natural agricultural methods, with all properties boasting the ‘High Environmental Value’ label and some even certified as organic. Invindia’s beautiful bottles come from the three appellations where the vineyards are located: Saint-Émilion Grand Cru, a prestigious appellation, Fronsac, la Belle endormie and l’Entre-Deux-Mers, the heart of the Bordeaux region. 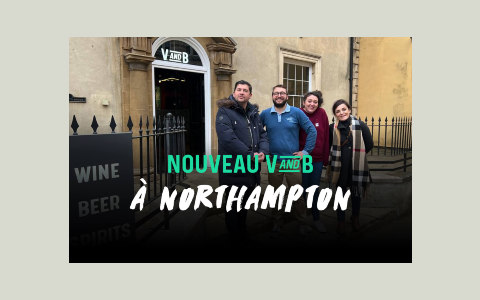 It took more than 2 years to plan, refine and translate the V and B concept in England. But with the help of Florian Poupinel, our former Network Coaching Manager, and Harriet, his wife from Northampton, it's finally done!
V and B has opened its doors in Northampton, so come and discover the cellar with over 300 wines, 350 beers and 250 rums and whiskies, or simply enjoy a good time at the bar.
Go !
On retourne là-haut ?